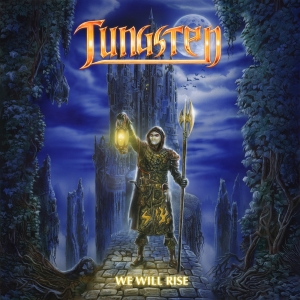 Young blood is often needed to rejuvenate a genre and introduce new ideas to it, and even though Tungsten has old blood running in its veins, they are here to modernize power metal as we know it. The band’s core, Nick and Karl Johansson, are musicians new to the scene, but there’s a catch: their father is Anders Johansson of Hammerfall fame who undoubtedly fed Nick and Karl templar steel through their baby food. Together with Anders, the brothers formed Tungsten to deliver their vision of modern power metal. END_OF_DOCUMENT_TOKEN_TO_BE_REPLACED

In the part of classic power metal secluded from mainstream fame artists like Sabaton or Powerwolf, Signs Of The Time Live is known as one of the most thrilling live experiences delivered on recording, but with 14 years gone by and five new albums between then and 2019, Mob Rules‘ testament for rousing live shows from 2005 got long in the tooth. Following their 2018 record Beast Reborn and the appertaining Beast Over Europe tour with Brainstorm the German band decided to update and upgrade their live album catalogue with a new 14-track offering recorded during mentioned tour including plenty of more recent tracks. But can Beast Over Europe relieve Signs Of The Time Live of its paragon duties? END_OF_DOCUMENT_TOKEN_TO_BE_REPLACED

By releasing Sagas, Equilibrium set the bar all too high. Since then, the record stirred some waters in Nuclear Blast’s lenghtly catalogue and to this day hangs like the sword of Damocles over its creators – an unavoidable fact that made founder (and currently last original member) René Berthiaume take a sharp turn in his sixth opus. END_OF_DOCUMENT_TOKEN_TO_BE_REPLACED

Where to begin? is the question posed by Inner – Space, ISON‘s 2019 venture into a musical cosmos commonly referred to as drone, post black metal or shoegaze. Musical is a term used purely out of practicality; Inner – Space successfully avoids any kind of genre conformity or comparisons, ISON simply chose to offer their artistic vision as an audible recording. Like the universe, with which the lyrics are mostly concerned with, ISON‘s music has no beginning or end, no up or down, no left or right. Where to begin? is the question Inner – Space asks, just for the listener to find out they either already began or were never there to begin with. END_OF_DOCUMENT_TOKEN_TO_BE_REPLACED 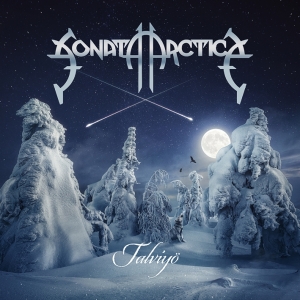 In evaluating a record, there are various questions to be considered; how important is singularity to an album’s quality, how important is fulfilling expectations, or, on the opposite, going against expectations? Is self-development necessary, irrelevant, disappointing or welcome? Sonata Arctica have been exhausting the possible answers to these questions at least since their 2007 record Unia by coming out with complex, demanding and undoubtedly diverse albums, each of which split their fanbase in two distinct factions: those who love for the Fins to experiment, and those who miss the old days of straight-forward Stratovarius style melodic power metal. This year’s record Talviyö is not going to unite the two camps in celebration as it may be the most experimental – as in far from the power metal roots – album Sonata Arctica have released in their career. END_OF_DOCUMENT_TOKEN_TO_BE_REPLACED

Expectations rarely have been as high for a debut record as for De Rerum Natura, Italy’s Moonlight Haze‘s first album after forming in 2018. The cause of that are the names of those involved with members and ex-members of high-class Italian metal bands such as Temperance, Elvenking and Sound Storm. The most exciting inclusion among Moonlight Haze‘s ranks is probably Chiara Tricarico who left Temperance in 2017 and recorded a bunch of great melodic metal records with the band thanks to her voice suitable for international competition. END_OF_DOCUMENT_TOKEN_TO_BE_REPLACED

Tommy Johansson is a busy guy and all-around multi-talent; throughout the better part of this century the Swede has been hunting high and low in power metal combos of all fashions and on all fronts, as a vocalist, guitarist and keyboard magician. Up until 2016 only known to a smaller audience thanks to among specialists beloved, yet on a larger scale not extremely impactful bands ReinXeed and Golden Resurrection, he joined audience of all styles appealing Sabaton as guitar wizard in said year. At this point, his melodic metal child ReinXeed had been abandoned for about three years after a rather mediocre A New World. It seemed as though the band that previously released close to one album a year ran out of steam. All the more fitting that workaholic Johansson decided to refurbish his love for fast melodic metal and restarted ReinXeed‘s journey with a new name: Majestica was born. END_OF_DOCUMENT_TOKEN_TO_BE_REPLACED

Thanks for making me type out that album title at least once for this review, guys. Gloryhammer, Alestorm‘s Christopher Bowes’ brainchild, make no secret of the fact that nothing changed regarding the band’s style or music. Just like the previous two records and just like its title, Legends From Beyond The Galactic Terrorvortex is a crazy, over-the-top power metal nerd out extravaganza without concern for what is too much heroics. Of course the whole effort is even less than half-serious, but Gloryhammer established quite a reputation among power metal fans with their flawless execution of the more symphonic-laden, dramatic fantasy metal established in the late ’90s by European, especially Italian bands; as such Legends From Beyond The Galactic Terrorvortex at least fueled expectations as a serious contender for one of this year’s significant power metal albums. END_OF_DOCUMENT_TOKEN_TO_BE_REPLACED 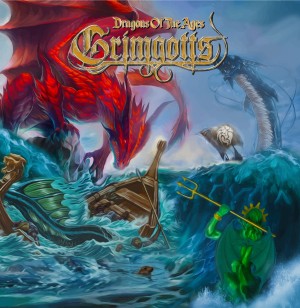 Let’s get this out of the way right now: Yes, Grimgotts is a power metal band, yes, this album is as cheesy as the cover artwork makes you believe and yes, if you don’t like keyboards, you should avoid this record. Alright, now that the garage sound black metal elitists are gone, the European power metal enthusiasts can savour this English band’s second full-length record which they offer us to tickle our palate. That’s right, there’s not too many class power metal acts left to sweep the lands from the UK’s shores; Power Quest would be the one closest to Grimgotts melodic sound off the top of my head. But, to be honest, the lads named after Harry Potter lore sound much more Scandinavian anyway, I wouldn’t have been surprised if the band’s members happened to be the Twilight Force guys’ cousins. END_OF_DOCUMENT_TOKEN_TO_BE_REPLACED