About 25 years ago, Tales from the Thousand Lakes skyrocketed the career of one of the most iconic Finnish bands. Since then, Amorphis introduced us to their national epos and left a scourging mark on the heavy scene with their unique blend of metal and folklore.

The new chapter in their own saga, Queen of Time, finds the band on the top of their game and, something which shouldn’t surprise anyone familiar with Amorphis’ discography, in the process of yet another artistic metamorphosis. After the straightforwardly Circle and the controversial Under the Red Cloud, the band sets on to tell a story of the rise and fall of civilizations in the most unconventional and complex fashion since Tomi Joutsen came on board. The second productional involvement of Jens Bogren guarantees a thick sound that resonates with each theme and mood. Anneke van Giersbergen (Vuur, ex-The Gathering) and the laryngeal singer Albert Kuvezin lend their voices while Chrigel Glanzmann (Eluveitie) and Jørgen Munkeby (Shining) take on the pipes and sax respectively.

For the first time in their 30 year studio history, the Finns are also joined by an orchestra which adds to the cinematic experience. Thanks to the rich assortment, Queen of Time sounds more epic and dramatic than its predecessors. However, this does not take away neither from the authenticity nor the archaic essence of Amorphis. On the contrary; the repeating guitars immediately bring the airy sound of Tuonela to mind. 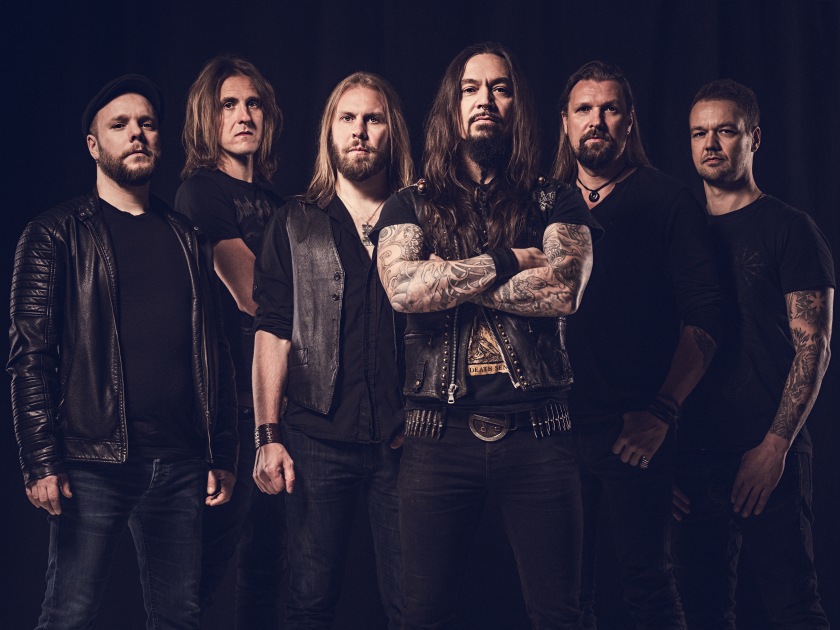 You won’t find a better example of that than “The Bee”. The single pulls us in with beautiful female chants (hinting at “Mermaid” from The Beginning of Times) and striking synths before developing into the typical Amorphis hit. The comeback of the band’s original bassist Olli-Pekka Laine is more than welcome here while Joutsen demonstrates his mastery of both clean vocals and infernal, guttural growls. More than ever, he sounds like a skald sharing his stories of Kalevala over a campfire in the middle of the night, while his companions add to the mythical tales. The Nordic melodies of “Message in the Amber” are in contrast with the blackened choruses of “Daughter of Hate”, which has its own mix of oriental and progressive tunes, accompanied by Kainulainen’s shamanic narrative. While the radio-friendly “The Golden Elk” is a potential setlist favourite, “We Accursed” sounds even more impressive with its stylish Celtic twists. The Middle Eastern elements and eerie orchestrations in “Grain of Sand” remind of Bogren’s successful experiment on Moonspell’s Extinct (2015). After sharing the stage with Amorphis, guitarist Esa Holopainen partnered up as a co-songwriter on Anneke’s Vuur debut. Here, she returns the favour by lending her voice to the beautiful “Amongst Stars” while the melancholic “Pyres on the Coast” sums up and closes the album in a magnificent, symphonic fashion.

During multiple interviews, Esa also mentioned that the new songs will inevitably improve the live standard of Amorphis. Queen of Time already exceeds the expectations and, considering the band’s extensive touring schedule, we can’t wait to experience its grandiosity firsthand.