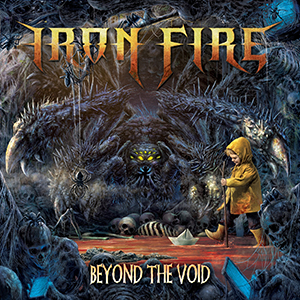 It’s no secret I am a huge Iron Fire nerd and their most recent “album” Dawn Of Creation, actually an extensive best of type record with lots of new tracks thrown in, promised a bright future for the Danish dudes. Naturally I was eager to listen to their newest output Beyond The Void, especially to find out where 2019 will take the band. 2016’s Among The Dead saw Iron Fire take a drastic step away from their early days’ true power metal with classic albums such as Blade Of Triumph or Revenge and a step towards a more modern, thrashy sound that they already hinted at with what is maybe their best record, 2012’s Voyage Of The Damned, an epic mixture of influences modern and classic alike breaking the genre’s boundaries. END_OF_DOCUMENT_TOKEN_TO_BE_REPLACED 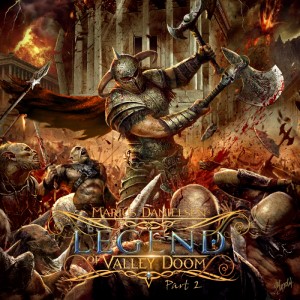 I am anticipating this review to exceed the average number of mentions of “power metal”, but Norwegian singer, songwriter, guitarist and overall composing mastermind Marius Danielsen makes it hard to avoid that thanks to his metal opera featuring just about anyone famous in the genre. “Metal opera” is a positively tainted phrase coined by Mr. Tobias Sammet and his ground breaking two as such titled records from the early 2000s, which he since left behind and sometimes seems to wish to ignore. Good, good, then someone else can take up the flag where he left it. On paper, it looks like Marius Danielsen’s project is fit for the task; an epic fantasy story and about a billion guest singers and musicians, the prerequisites needed, are present in Legend Of Valley Doom Part 2. END_OF_DOCUMENT_TOKEN_TO_BE_REPLACED 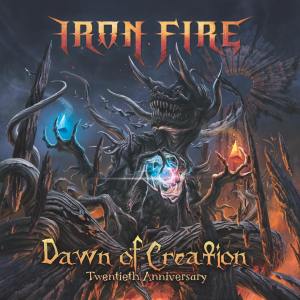 Albums recollecting the history of a band, especially those released by bigger bands through huge labels, are usually a rather dull matter, as proven time and time again by record labels throwing out cheap collections of the respective bands’ most beloved tracks on a CD to make a quick buck. Sometimes those are complemented by a live recording or something of the sort to have the core fans grudgingly buy an album full of songs they already own on other releases just to complete the collection with the added bonus, which is usually not worth the money of the whole package. END_OF_DOCUMENT_TOKEN_TO_BE_REPLACED