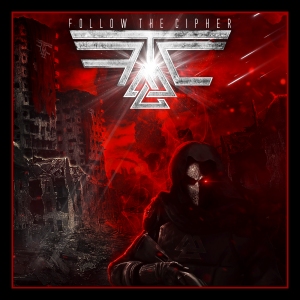 Can y’all believe metalcore still ain’t dead? Because that’s what Follow The Cipher are celebrating with their newest release which happens to be their debut album. I remember back in 2004-2008, when Bullet For My Valentine was the new shit, spawning a trillion of bands with the exact same sound. A lot of, eh, elite metal fans did not enjoy the pandering to the mainstream and prophesied a timely demise for the genre. What do you know, it is still prospering in 2018, albeit without innovation. The formula remains unchanged: catchy choruses, heavy riffs, growls mixed with sweet, sweet clean vocals, and an unusually dense sound. END_OF_DOCUMENT_TOKEN_TO_BE_REPLACED 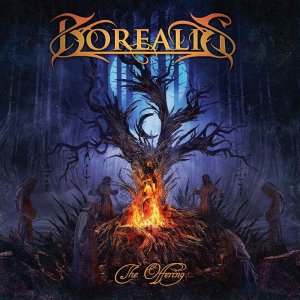 I have to start off the review with the elephant in the room (which is not an elephant to you unless you already scrolled down to check the rating and DR value of this album). There is a great many things to say about this album, but within seconds of listening to any of the tracks you will notice the overcompressed nature of The Offering‘s sound. Even overcompressed is an understatement compared to already heavily compressed albums with dynamic range values of 5 or 6. This one’s sporting a value of 4. I haven’t heard this in my time yet. And yes, you can absolutely hear it. Listening to this album feels like taking off in an airplane in an infinite loop and having the desire to pop your ears. So, there is that. Usually, I dismiss records pretty quickly when they sound like this. But I also point out that sometimes there are corner cases where the music actually requires a production like this (and the respective records typically are not one of those).

Is The Offering by Canadian prog power band Borealis an exception to the rule or is The Offering unlistenable trash? The conclusion might surprise you! I will spoiler it here and tell you that I listened to this album a lot, probably about 10 to 15 spins already. With earphones! And no, I am not deaf yet. Maybe a bit, but that’s due to concerts, not this album. The Offering is far from unlistenable.

Borealis have been around since 2005, starting out female-fronted with a change to male singer Matt Marinelli with their first album World Of Silence in 2008. Mr. Marinelli is still on board and improved his singing greatly over the years to which The Offering is a testament. Throughtout their lifetime, Borealis have been honing the art of streamlined prog power metal, with about 60% power metal and 40% prog metal. Imagine Evergrey-light.

Oh, and Evergrey they are giving to us with the opening track of The Offering, “The Fire Between Us”. I am pretty sure they broke in Tom Englung’s bedroom to steal his notes for the next Evergrey single. The execution is slightly different from what the swedes would sound like. As I prefaced, The Offering‘s sound is crazy compressed. While Evergrey do have a rather modern sound, this album comes from the future compared to that. I sure hope not all albums sound like this in a few years, but I wouldn’t have been surprised if Borealis had some kind of sci-fi lyrics. They don’t. The compression is doing great work on the guitars though, those riffs are punching as much as a drum beat. Djent, anyone? I have to admit that with their production Borealis found the right way to convey their compositions. It is easy to slap this kind of compression on any album for easy listening even though it does not match the music at all, but with The Offering the thought process of which production this album deserves could sensibly yield the result I am listening to.

The opening track was a fine kick-off to the album with its drum walls and guitar breaks but merely a preview of what is to come. Borealis honestly outdid themselves with this newest effort. For once, the two previously released single tracks (“Sign Of No Return” and “River”) are among the five-out-of-five tracks on the album. Sandwiched between them you find the title track “The Offering”, a decent piece of catchy US-flavored power metal. One shortcoming I noticed, for example on “Sign Of No Return” and “The Offering” is that the band is going the lazy way out of tracks by just fading them out instead of ending with a good punch. This is weird and hard to comprehend when the whole album’s theme is punch as can be. But lazy fading out is one of my pet peeves, so maybe others won’t mind.

The biggest higlight is “Scarlet Angel”. This monster of a track starts off Evergrey-like, calm and slow, only to explode in a huge chorus. The second verse adds some heavy riffage and in the end we even get female vocals for maximum theatralic effect. Usually I would never vote a midtempo track as best track on the album, but this one is really impressive with its sound walls and dramatic chorus. The ultimate track “The Ghosts Of Innocence” takes the same line with almost nine minutes of great instrumentation, singing and orchestration. Sure, it’s all canned orchestra, but it is effective nontheless alongside the heavy double bass drumming.

Not all songs on The Offering are as good as the mentioned four absolute highlights. “The Devil’s Hand” is a sluggish ballad, “The Path” a two-minute instrumental (why???) and tracks like “Into The Light” and “Forever Lost” are just average prog power compositions.

As I mentioned before, singer Matt Marinelli’s vocals really came a long way. His voice is varied and capable, usually attending the lower registers comparable to Russell Allen. The higher notes on the other hand remind of softer, more emotional prog singing like Kamelot‘s Tommy Karevik’s (or Roy Khan’s, but that’s a sacrilege and can’t be spoken of). This leads to a diverse brew of influences on The Offering. Throw in Evergrey, Symphony X and Seventh Wonder and you get Borealis.

The Canadians sadly are lacking the consistent songwriting quality of those prog masterminds but can get in some great hits on par with them. Matt Marinelli’s voice really carries the album a long way and I hope future albums will impress more with great songwriting than with their sound walls. To put an end to the discussion: yes, the compressed sound is alright with The Offering‘s compositions. Could it have been a more dynamic mix? Sure, but dynamic is not a virtue in itself when the music does not benefit from it. In The Offering‘s case both approaches would have been fine, so you can’t judge one purely based on abstract concepts while praising the other one. It still is a bit overkill to the ears to listen to The Offering for more than one or two hours at a time. But the same can be said for live concerts and we all enjoy those.